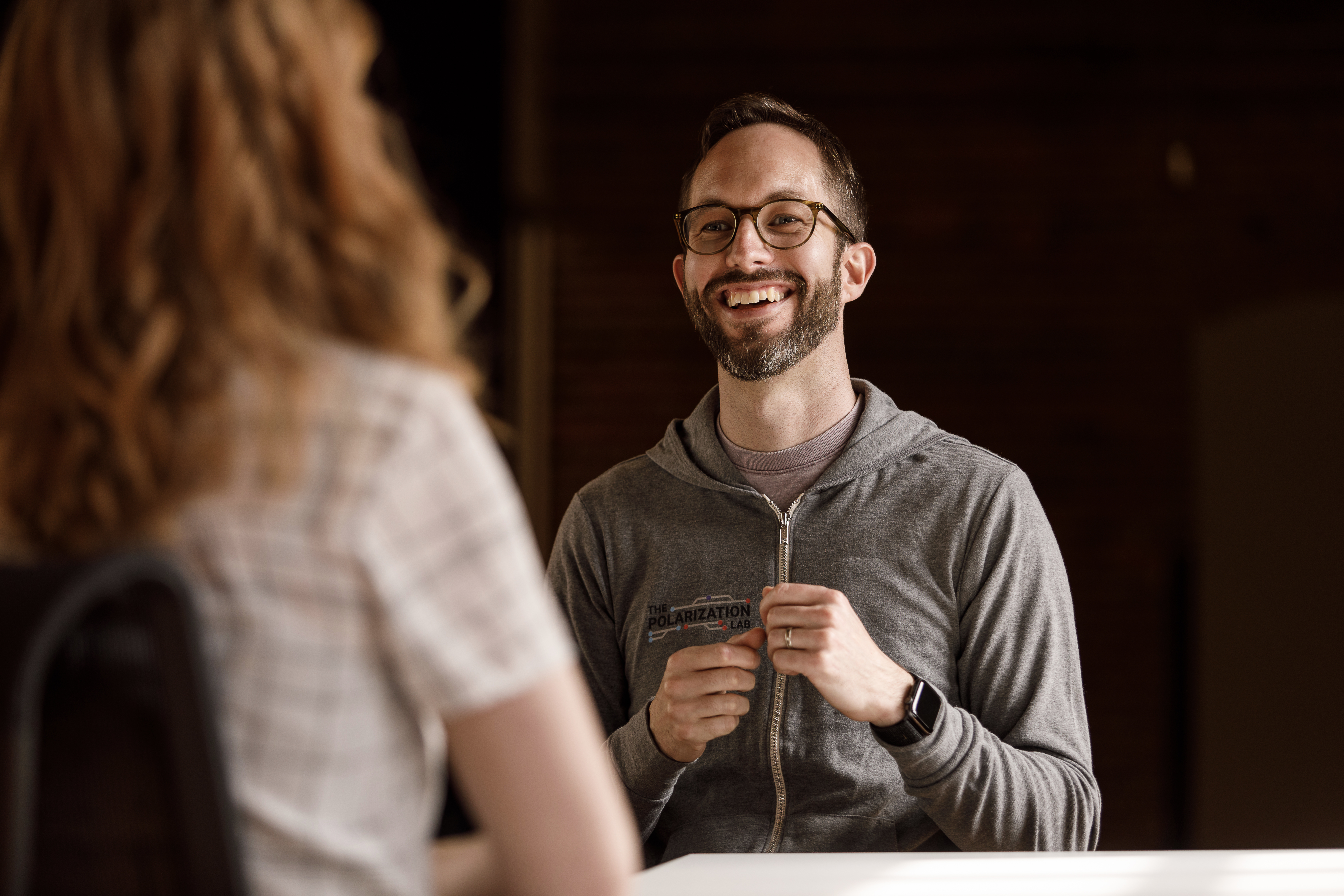 Dr. Chris Bail is Professor of Sociology and Public Policy at Duke University, where he directs the Polarization Lab. He studies political tribalism, extremism, and social psychology using data from social media and tools from the emerging field of computational social science. He is the author of Breaking the Social Media Prism: How to Make our Platforms Less Polarizing.

A Guggenheim Fellow and Carnegie Fellow, Chris's research appears in leading journals such as Science, The Proceedings of the National Academy of Sciences, and the American Journal of Public Health. His 2015 book, Terrified: How Anti-Muslim Fringe Organizations Became Mainstream, received three awards and resulted in an invitation to address the 2016 Democratic National Convention.

Bail has also written for the Sunday Op-Ed page of the New York Times, CNN, and The Washington Post Blog. His research has been covered by more than fifty media outlets, including Wired, The Atlantic, Scientific American, Foreign Policy, The Washington Post, The Los Angeles Times, The Boston Globe, The Guardian, Vox, Daily Kos, National Public Radio, NBC News, C-Span, and the BBC. Bail regularly lectures to audiences in government, business, and the non-profit sector. He also consults with social media platforms struggling to combat polarization.

Chris is passionate about building the field of computational social science. He is the Editor of the Oxford University Press Series in Computational Social Science and the Co-Founder of the Summer Institutes in Computational Social Science, which are free training events designed to introduce junior scholars to the field that are held concurrently in a range of universities around the world each year. He also serves on the Advisory Committee to the National Science Foundation's Social Behavioral and Economic Sciences Directorate, and helped create Duke's Interdisciplinary Data Science Program.