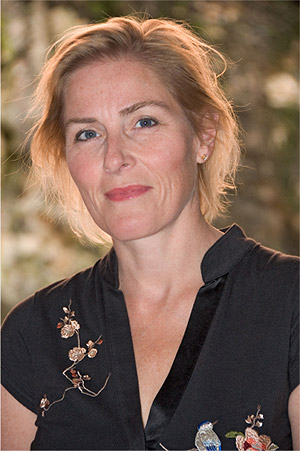 Dr. Caroline King was born 1965 in London, Ontario, Canada, well known for its lawns, its university and its speed skaters. With liberal arts degrees from McGill and McMaster under her belt, she then took a big leap south of the border to complete a PhD at Georgetown University in Government.

Researching on administrative culture in the new German states in the early 1990s, Caroline had the good fortune to experience the trials and tribulations of unifying Germany firsthand. She began a career in Public Affairs when you could count the number of agencies in Germany on one hand.

Recruited to SAP in 1999, Dr. King first managed executive communications for then CEO Hasso Plattner and went on to build the first global public affairs program at SAP, combining Government Relations and Corporate Social Responsibility. During an extended parental leave Caroline opened and managed the German office of the World Childhood Foundation founded by Queen Silvia of Sweden – a venture which is still close to her heart. Today Dr. King runs the International Government Affairs program for SAP.